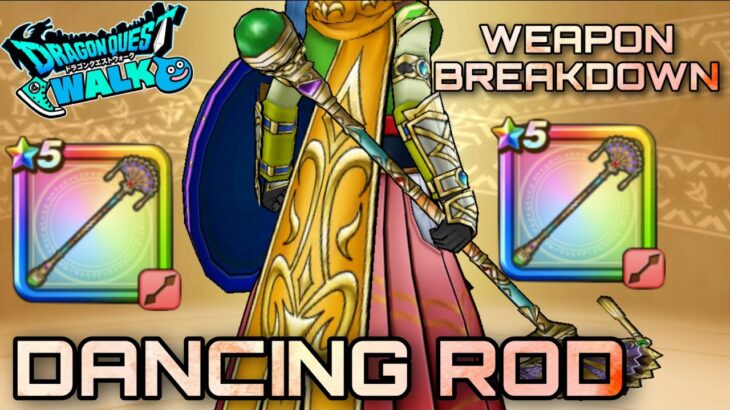 Welcome to Dragon Quest Walk Tutorials!
In this video, I will be doing a breakdown of the Dancing Rod!
The Dancing Rod has been made available in the Dragon Quest IV Memorial Banner. The weapon was originally featured in the Dangerous Swimsuit ’21 Banner, which was a unique banner since all the equipment for it had the Puff Puff ability. I will be going over the weapon’s stats and abilities, which can also be found below.